VoiceThread is a web2.0 tool that allows users to create and upload video, text, images, and audio (known as content) to a secure server from where anyone with access can interact with the content.  Think of it as an audio blog.

How to create a VoiceThread:

How to create multiple identities:

In the PLO example at the top of the post, your students will find examples of extreme environments using images, video, or text.  They will use the audio feature to comment on the content by explaining why the chosen environment is extreme. Students will discuss why the environment is extreme, and what makes it difficult to life there.  Each student uploads a different example of an extreme environment and comments on their own thread as well as other class member’s threads.  This is great way to practice and assess oral language as well as introduce and practice science specific vocabulary.

Suggested Achievement Indicators (audio comments/responses) for this PLO are:

I’m attending my first IWB workshop on Friday June 18 so I thought I’d compose before and after posts.  Presently I haven’t actually used an IWB in a classroom so all the information is from research I’ve compiled.  Early next week I’ll be able to offer additional information once I’ve completed the workshop.

I’m convinced that every classroom in Canada will have an interactive whiteboard (Smartboard) installed within the next 5 years.  It is the next evolution of the chalkboard, so you might as well embrace it now.  Is resistance is futile?

What exactly is an Interactive Whiteboard (IWB)?

As early as 2004, 26% of primary classrooms in the UK had IWB’s.  The BECTA, government agency promoting the use of technology integration in the classroom, completed a two-year study recent and as a result of that research, is working on an expansion plan for IWB in the classroom.

It’s time to open up the dialogue surrounding the use of IWB in our classrooms.  What are your thoughts?

Does your school offer the professional development you’re need?

Here’s a list of my favourite professional development opportunities I wished my district offered:

Personally, this type of collaborative effort excites me as an educator.  I would ultimately like to master my craft (education) and I feel like I move one step closer every time I connect with fellow educators from around the globe.

Use a Google Document spreadsheet to facilitate a collaborative class assignment.

Learning Outcome example : B2 – compare Canadian society with the society of another country

Bit.ly
Copy and paste the link Google gives, to publish the website, into the Bit.ly website.  Click shorten.  Bit.ly will return a short, and more manageable, URL such as http://bit.ly/9pQV.  I’m sure you’ll agree that it’s much easier to remember the shortened URL.

For those looking for an introductory lesson for the their new class next school year, a great way to get to know your class is to have them fill in this spreadsheet together: Class introduction spreadsheet.

1. Learners are now writing for an audience rather than their teacher

2. Writing is easier to edit online which reduces some frustrations in the writing process

3. Work is located in one place and can be accessed to mark and assess from anywhere with an Internet connection

4. You’ll be preparing your learners for life in a digital world

5. It fosters a collaborative environment

6. Double whammy: Your learners will be reading and writing simultaneously

7. Opens the opportunity for learners to discuss topics outside of the classroom

8. Every person has an equal opportunity to share their thoughts and opinions

9. Learners have space to reflect and be reflective with one another

10. Provides opportunities for learners to interact, network, and conference with knowledgeable individuals or specialists from around the world

There are several ways to turn the process of journal writing or free-writing from an ‘offline’ activity to an ‘online‘ activity, all of which are simple to achieve and easy to manage.

Use one of the web2.0 tools below to start a classroom blog.  For more advanced users, use the tools below to create independent blogs for each of your students.

How to set up and use the blog for student learning:

Two Types Of Blogs And How To Use Them:

1. Teacher creates one blog for the entire class and creates content and learners to comment and respond to

2. Teacher creates a class blog and then creates individual blogs for each learner in his/her class.

Administering The Blog:
I realize it’s super important to monitor the content that is posted on a class blog or an individual’s blog.  All of the above blogging tools offer a variety of security options to make sure inappropriate content never makes it to the live blog.  I prefer to select the option which enables all comments go through the teacher to be approved before they are posted to the blog.  This ensure the blog represents the school and all its students in the best possible way.

My next ten posts, not necessarily in chronological order, will be dedicated to giving real examples of how ‘offline’ activities can be turned into ‘online’ activities to enhanced student engagement, and encourage tech-shy educators to take their first steps in integrating technology into the classroom.

Why is it important to integrate technology into the classroom?

Hope you enjoy the series.  I will try to link everything I do to British Columbia’s Prescribed Learning Outcomes as much as possible. 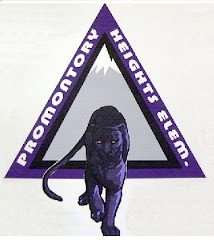 This post may point you in the right direction.  There is no acronym involved here and I did not develop the program.  BOOST is academic intervention for all learners.  The initial idea came from Rebecca and Richard DuFour’s book, “Whatever It Takes: How Professional Learning Communities Respond When Kids Don’t Learn,” and a workshop they both delivered in Chilliwack, B.C.

Following this workshop one teacher, with the help of her peers, developed BOOST and together they’ve been using the program for the last two years.  As far as I know this type of intervention is only used in one elementary school in Chilliwack, but after a recent workshop presentation showcasing its merits I’m certain it will grow.

BOOST’s Goal:  To implement a system of effective intervention for students with their specific learning needs.

One of the main reasons BOOST was initiated in one elementary school in Chilliwack, B.C. was because of the gaps found in their grade 5/6’s fundamental understanding of math.  Because of this teachers found students were ill-prepared for middle school math at the time.  The second reason for introducing BOOST was because their LA schedule was proving to be very chaotic and almost counter-productive because of sheer number of students in the school.

Presently, Boost is focused on math intervention but may spread to languages arts in the future. It is designed specifically to tackle gaps in math fundamentals, such as understanding that numbers have differing value/worth depending on which place value column they are written in.    Here’s a brief introduction of how the program works.  You’ll see the successes and the challenges:

Format In A Nutshell:

Here are a list of quote from people who have been involved with BOOST:
“Enhances student understanding of math concepts…”  “Targets the specific problems students are having…”  “Teachers discussing assessment and teaching strategies…”  “Students who are able to work at their own level…”  “Connects different classroom teachers with all intermediate teachers…”

At this particular school BOOST is still a work-in-progress.  Some of the challenges and areas that need to be addressed (according to the school) in order for BOOST to improve are as follows:

Thanks to everyone at Promontory Elementary Community School for showcasing BOOST at the recent Pro-D event.  I thoroughly enjoyed the workshop and look forward to implementing BOOST soon.  Great work guys!

Are your students getting the most out of Google search?  Probably not!  Here are some simple and efficient search techniques you could teach your students when searching/researching information on Google:

Here’s a link to a selection of useful Google poster’s you could print out and display in your room/computer lab, all about solid search practices: Google Posters